We are proud to have joined ALLOWLIST the online cyber security directory and get to be a member of THE LIST as a preferred supplier for cyber security and data protection. Our clients can take comfort in knowing that we have been vetted, our certifications and qualifications have been checked and we are ranked, rated and reviewed.

At Codo Digital we’re a Cyber Essentials accredited company and we pride ourselves on our attention to detail focussing on security, speed and usability.

With multiple servers in-house we offer an industry-leading 100% uptime guaranteed. Our technical equipment investment in a BT end to end network means 100% uptime, provided by power failover and network failover so if the worst should happen, we have a back-up plan and your website will always be running. 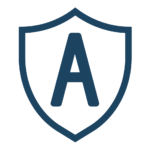 Our three tier network consists of a leased line from BT providing super fast network and super reliable. We have a further 2 4G networks providing failover network access to our multiple servers. If a server goes offline due to any reason, the backup server takes control.

Uptime is what hosting companies refer to as either the expected availability or the past performance availability of their network. It is normally referred to as a percentage.

Quite simply, downtime is when your website is no longer available on the Internet. There can be many reasons for this and I’ll use this post to explore a few of these.

Why do websites have downtime?

Websites normally have downtime when the network or the server needs to be restarted. These restarts are necessary in order to update software and apply security patches.

Can we actually achieve 100% uptime.

The monitoring that we have in place will instantly move your site to another server when an issue is detected.

All hosting companies that I’ve come across cannot guarantee 100% uptime. A figure you’ll often see is 99% or even 99.99%. Seeing something like this should make you think. Why can’t you offer 100%?

I expect this is down to relying on third parties, such as CloudFront or hosting off site. Services like CloudFront or CloudFlare are great, however if they have an issue – so does your website.

Here at Codo Digital the only third party we use is for DNS, which is provided by one of the biggest tech companies in the world and has redundancy built in.

Our servers are in house, our leased line in provided by BT end-to-end which is the same network used by the Ministry of Defence and Emergency Services. A network you can truly rely on for connectivity.

Our network is backed up with 4G failover and power failover to ensure 100% uptime.

Start a Hosting company they said, it’ll be fun they said.

As I write this I am days away from transitioning to a Limited company.

I thought it would be a good time to reflect on my journey up to this point.

Back in December 2018 I decided to create my hosting company, I went through several name changes and finally settled on Codo Digital.

How do you start to run a hosting company anyways?

The main issue was that I was using a residential BT Fibre service with a dynamic IP address.

You ran a hosting company on a dynamic IP address?

Don’t you need a lot of cabling?

N’ah, powerline adapters to the rescue. The speed between the Internet router and the server through the Powerline adapter was about 200 Mb/s – far greater than the line speed at that time. An issue I faced was that the powerline adapter needing a restart every 6-9 months. This would involve a tried-and-tested approach of flicking the switch next to the router then next to the server to turn them both off, then back on next to the router and back on next to the server. This was the most stressful time ever. There was a lot of trial and error getting the sequence of power down and power up correct. The frustration here was the reliance on me being in the house at the time. It often happened just before a family holiday and I’d be on edge hoping it wouldn’t happen again.

I initially worked around this by having a 4G router acting as a Failover. This kept the websites online but sometimes I would be charged circa £200 for a month of 4G data.

It became apparent that the powerline adapter was the weak link. It wasn’t feasible to move the servers nearer to the primary Internet connection, so instead I bought some Cat 6A cable and a couple of wall plates. I’m pleased to say that this solved the issue.

When High Availability does not mean 100% uptime 🙁

Back when I started this venture I invested in 2 servers which would run in High Availability mode. The idea behind this was to ensure the websites remained online even when a server suffered an issue. Although I thankfully never experienced an issue where High Availability was needed, it did more harm than good when the server required a restart after a software upgrade.

I, naively, expected the first server to reboot and then reboot the 2nd server when the 1st server was ready. This was disappointingly not the case as both servers would restart at the same time knocking out all services.

Back to the drawing board

In order to back out of the High Availability mode would require some serious planning.

I was now free to reformat the server.  I took this opportunity to add a hot spare drive and reinstall all the software and document this process. Who knows when it’ll come in handy.

So, now I have one really clean server – all the software has been added back on and the sites are ready to switch. The next stage was to think about how websites can still be served when one server is down. The obvious choice would be to replicate the setup, but that is a lot of work – every site has to be done twice and how do you maintain the database state without conflicts. It just seemed too dangerous to have the possibility of a change being done in one database and then another change being done on a different database after the network has switched the server.

I thought about having a remote database, but I like the idea of having internal databases that cannot be reached from the outside world.

After several days of pondering I came to a solution. wget. Yes, that’s right – it seems wget can do a lot more than download files – it can backup sites. So every day on the second server it downloads all the assets and HTML and stores them in a directory.

Next I needed a way of monitoring the website. What I wanted was when the website became unresponsive, it would point to the second server holding the HTML and assets. I looked at AWS Healthchecks which on paper looked like the right approach, however in my testing I found it took circa 60 seconds for the health to be deemed unhealthy. Even though I could see many health checkers around the globe reporting issues – it was still reporting healthy. After some digging I found that in order for a healthcheck to be classed as unhealthy.

If more than 18% of health checkers report that an endpoint is healthy, Route 53 considers it healthy

The 18% value was chosen to ensure that health checkers in multiple regions consider the endpoint healthy. This prevents an endpoint from being considered unhealthy only because network conditions have isolated the endpoint from some health-checking locations. This value might change in a future release.

It seems I needed something a bit more immediate. Then it dawned on me. I could set up a cron (like back in the day), but this time doing a HEAD request to each of the domains. If the status code is 200 then take no action, otherwise update AWS Route53 record pointing the domain to the second server.

I’ve thoroughly enjoyed this journey. What you’ve read above is a very high level piece. I will be creating more in-depth articles focussing on certain areas.